Some students from the BBDC of Prof. Amora Shams decided to take the knowledge their learned through the course to another fields, but those who were successful students during the course and continous their careers after the course, we will share with you some of their achievements on videos they published: 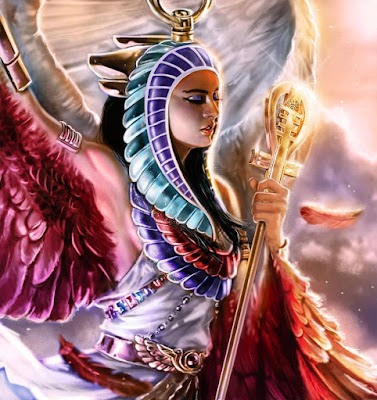 Very well trainned in many sort of dances Jenny Etain american from Ohio living in that moment in New York, came to Egypt to learn from Amora, she asked Amora to teach her to become a bellydncer in the shorter time she could, so Amora designed a course to teach her in the quickest way she could to produce the level she wanted to achieve in the shortest time as possible.

Jenny started the 20 days course but in the middle of it she left Egypt because she said "she was feeling unconfortable with Egyptians", even so, she learned a lot as a private student in Cairo from Prof. Amora Shams, nowadays she is a succesfull bellydancer in Istambul, Turkey

The psychologist Menatella Egyptian living in Canada, she uses BellyDance as a supportive theraphy for her costumers, which are women who are protected by the Canadian Government due that they suffer from physical abuse from men.

Graphic designer Nagisa Japaneese living in Tokio, she had to communicate with Amora through a translator mashine due that she didn't speak any other language than Japaneese.

Scientific Maribel from Costa Rica living in Egypt at that moment but recently moved to Bangladesh.

Top model Mariel Mexican living in that moment in China because she was studying Chineese at Shangai University and then she move to USA.

North american ballroom worldwide champion Jaycee, since she ended the course she got a contract with a USA TV program "Dance the World" where she travelled all around the globe and after this she moved to an island, where she uses the knowledge of the BBDC for her 1 week therapy projects. 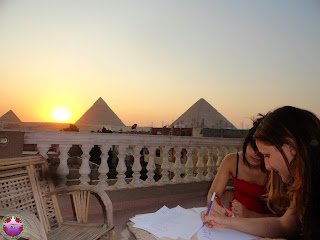 Samia Japaneese living in Australia, after she ended the course she was bellydancing for a while and everyone will be treatting her like a big star, but she had an accident and had to stop dancing, nowadays thanks to the BBDC homework, she could catch up all what she learned during the course and she is back to the bellydance career 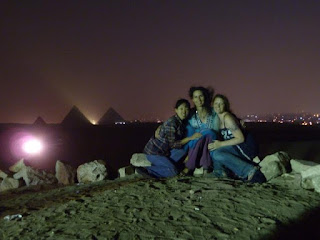 Environment engenieer Hillarie north american living in that moment in Denmark and nowadays in Bangladesh, she studied the BBDC in 12 days! but even so she learned a lot because she was an absolute beginner and as a private student in 12 days she learned to bellydance with thrarab, like an authentic Traditional Arabian Dancer!. She got married and currently a mother of twins. 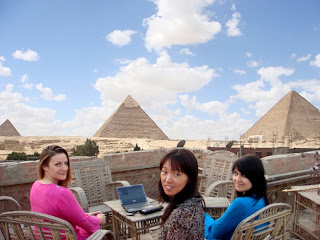 Azin Iranian living in London, after the course straight away she got a 1 year contract with a 5* Arabian Restaurant in Oxford where she was living, then she moved to London working as a solo dancer and sometimes as a dueto dancer with Zara forming the dancing team Zazeen. Azin developed a dancing style that Amora taught her during the BBDC to develop, this style is what makes Azin a unique and succesfull performer, nowadays is a full time bellydancer performing Worldwide

Scientific and owner of a bellyDance online Shop Zara Egyptian living in London, after she ended the course she won two years consecutively the 1st prize UK Competition as best BellyDancer of UK, becomming a very succesful and super powerfull bellydancer in London, creating her own events, and nowadays is a full time bellydancer and teacher travelling all around the World.

In this video you can watch Azin and Zara both improvising a perfomance on a video-clip of famous Kenyian singer and an Indian singer, fussionning Bellydance with Bollywood and African dances. This video has become viral! ... Enjoy! it's fun! 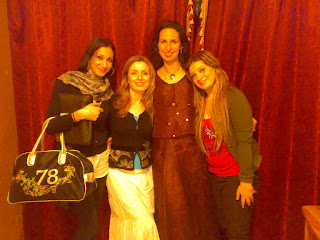 Mother of 3 teenagers, Caramella from Malta yoga teacher become a respectfull and succesfull bellydancer after the BBDC, as soon she ended the course she started to win on BellyDance competitions and become teacher at Egyptian BellyDance Festivals and also in Marrocco and Italy Festivals. Nowadays she is a full-time bellydancer.

Top model Yasmin from Malta, since she ended the BBDC she won the 3rd prize at an international competition among other bellydancers, but since then she has been combinning her dance career with her modeling career. Her bellydancing style is elegand and relaxing to watch. Yasmin and Caramella are the top belly dance instructors in Malta.


Yasmin malteese students who perform to a Choreography made by Yasmin:

The psicologist Maria Jesús joined the course but she didn't end it due that she was going through her divorce and she could not focus in the course, and she could not achieve the resoults she came for. Since then Prof. Amora leaves it clear in her posts that to come to this Course, you need to have free time to focus totally into it due to it's intensity. Even so Mª Jesús got good resoults in the witten exams but not in the practical exams. When this happens, Prof. Amora give flexibility to private students to join the course in a future edition but with group students paying the 50% of regular students fee. 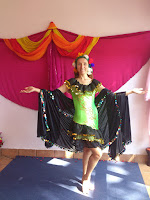 The school children teacher Ania polish mother of two living in Spain, studied the BBDC getting good resoults, nowadays she is a regular group bellydance teacher in the inland of Marbella area.

Wafae, a muslim moroccan mother of two, studied the BBDC but she asked Amora not to share online information of her. 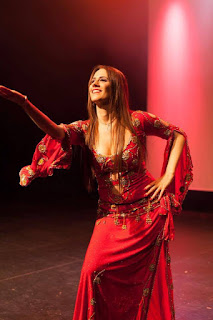 A native spanish language teacher in Norway, Maria, started the BBDC but due that Prof. Amora got hospitalised due to a sickness she suffered on her last stay in Cairo June 2014, Maria recieved few classes from the BBDC while Amora was lying on the hospital bed and later on at Amora's home in Cairo, even so Amora's doctor told her to stop all activities because of her illness, Amora was forced by doctors to stay in bed for 2 months. So Amora found the solution of asking her master teacher, Alia Shams to teach her, but few days later Maria felt she had learned enough and left the course in the middle of it.  Even so, Maria learned more than enough to start her dance career in Egypt, she moved from Norway to Cairo where she is performing regulary.

Two students from the arabian country of Yemen studied half of the BBDC, they both work for the international Red Cross, and they use the knowledge they learned in this Bellydance course as a dance theraphy for Yemeni women. We can not name them or put their faces because of obious reasons.

A 8 years BellyDance instructor Chandra owner of Scimitar Studios in the USA, studied the BBDC on summer, and since she experienced Amora's program and also Alia Shams classes the year before (when Amora had to send her to teach the group that Chandra created due that doctors didn't allow Amora to take a plane), Chandra changed her mind into what is to be a bellydancer. Chandra knew for many years that something was missing from the classes she recieved form her previous teachers, and she found out what was this while studying with both master teachers. Chandra posted today 28th May 2016 this: And the same happen with two students of the 2015 edition, one from Egypt that lives in Austria and the otherone from Iraq that lives in Dubai. Unless they have public profiles, Prof. Amora Shams is not allowed to publish some information by certain of her students, specially those with Arabian or Muslim backgrounds.

The world wide traveller Beata from poland living in Norway, joined the BBDC on September last year, she worked from absolute beginner until professional level, achieving a great resoult from her audience at the Show Test (final exam dancing in front of public and public has to choose if they own the professional level or not), even so, she hasn't start her dance career yet. 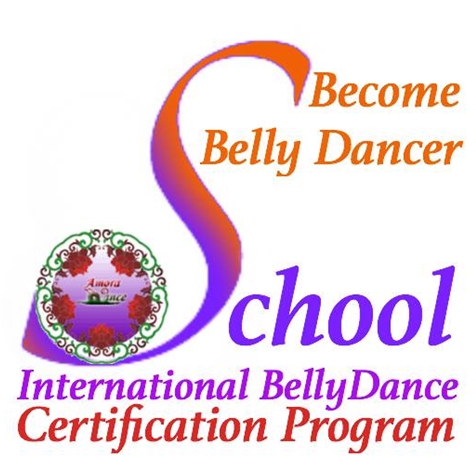 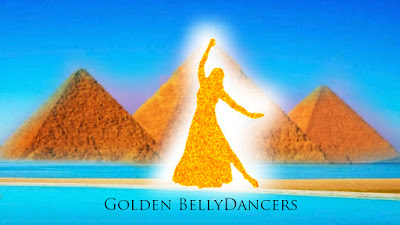